「At first, I wonder why there are so many people who hesitate to do what they really want to do. Just because they are afraid of what others might think? I know. I used to be like that. I stopped going to high school because I couldn’t make good relationships with almost anybody at school. I said NO, NO, NO to everything. I closed my mind, I hated everything. However, I turned my life around when I went to Yakushima. There was a traveler at a restaurant. She caught my eye because she had a beautiful chocolate skin color. She looked like a celebrity. I really wanted to talk with her. But I hesitated to talk to her because I was afraid that I wouldn’t understand her English. Maybe I’d be ignored by her. She might says “ What the heck are you saying? “ But I decided I’d be OK No matter what she said. Because it’s not the end of the world. Finally, I gathered my courage and talked to her. I said “You look like a movie star!”  My English was rubbish at that time, so I could hardly understand most of her reply. But I still do clearly remember she said “Oh!! Thank you!!” It was a moment that opened a new path for me and I have been treading that path ever since. I didn’t like studying before meeting her, but now I spend all my time studying English, and here I am. That experience in Yakushima – that feeling I had at that moment – is still with me. It is a driving force for me. I would like to say, even a little thing can make a huge difference.  For me, that little thing was the small courage I had to talk with that lady in Yakushima. It is difficult for us to take action because we are afraid of failure  But nobody knows if it will be a success or failure. And you can never see success unless you take action. You don’t talk with people from other countries because you are afraid that you might not be understood. If you are not understood, who cares? It is not the end of the world. So, say hello!!! You don’t speak up in class because you’re afraid of standing out. If they stare at you, who cares? It is not the end of the world. Just say, “ I have an opinion!” and raise your hand…? You are sitting over there, instead of being on the stage like me right now because you don’t want to speak in front of everyone. Remember—you have a chance next year. Say.” I can do it!” Because I did! Say YES,YES,YES! and I can do it! Tomorrow, you can start your day as a different person--- the YES person! Thank you!」 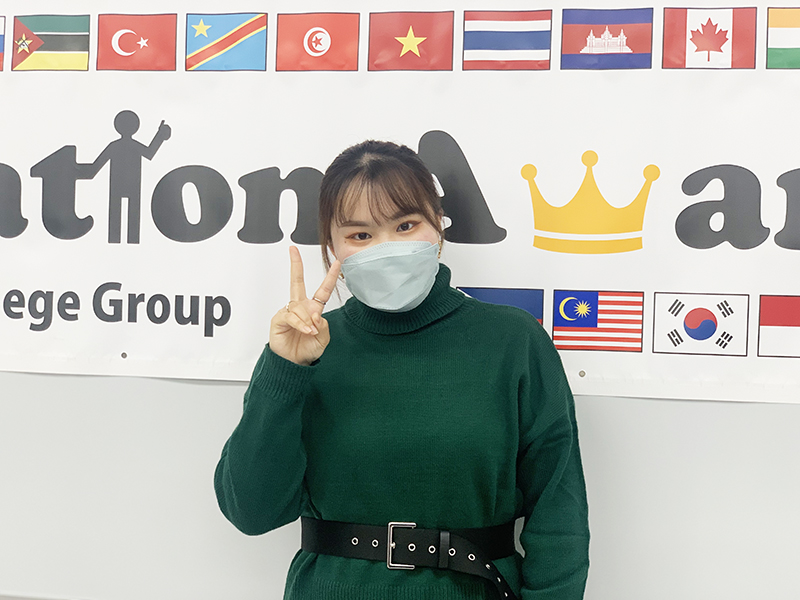